SAN MARCOS (KXAN) — Military helicopter pilots who have a desire to enter into a commercial airline career now have the chance through training done in San Marcos.

The Rotary Transition Program (RTP) in San Marcos is designed to train experienced helicopter pilots to meet the FAA requirements for fixed-wing pilots going into an airline career. As a partner with Envoy and American Airlines Group, Coast Flight Training offers pilot candidates a direct connection to transition directly into the cockpit with a conditional job offer once the program is completed.

For veteran Gary L. Good, the fascination with soaring above the clouds started early. “I actually wanted to be an astronaut when I was a young guy,” Good said.

He served in the Army for 22 years as an officer and Black Hawk helicopter pilot.

“With solo military flights in a helicopter school, most of them have buddy flights where there’s another student in the aircraft. But here we do our first actual solo driving up in a plane so it’s pretty amazing,” Good says.

Officials hope it helps meet a growing pilot shortage nationwide because many veterans already have their license with the FAA.

“Most of these guys have an excess of 1,500 flight hours so they automatically qualify in terms of experience,” said Dan Verda, director of operations for Coast Flight. “They’re already getting a qualified capable pilot, the minute they walk through the door. They are taking that wealth of knowledge and experience that they’ve built over 10, 15, 20 years in the military and they are going to capitalize that to get mature seasoned aviators.”

Boeing estimates more than 500,000 new pilots will be needed globally over the next 20 years. In the U.S., the four largest airlines plan to retire a minimum of 18,000 pilots by 2022 due to a mandatory retirement age of 65, creating an expected shortfall of 35,000 pilots.

Coast Flight Training maintains an aircraft fleet of 25 in San Marcos with an additional 10 being added by early fall. Monthly traffic counts for San Marcos Regional Airport have doubled since training began. Coast Flight Training maintains a student count of 65 at any given time and expects to grow from 10 to 15 employees by late summer with plans to ultimately employ 40. 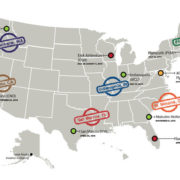 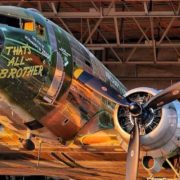 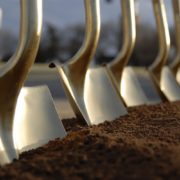